A Sequoia's Journey: From National Park to San Francisco Office 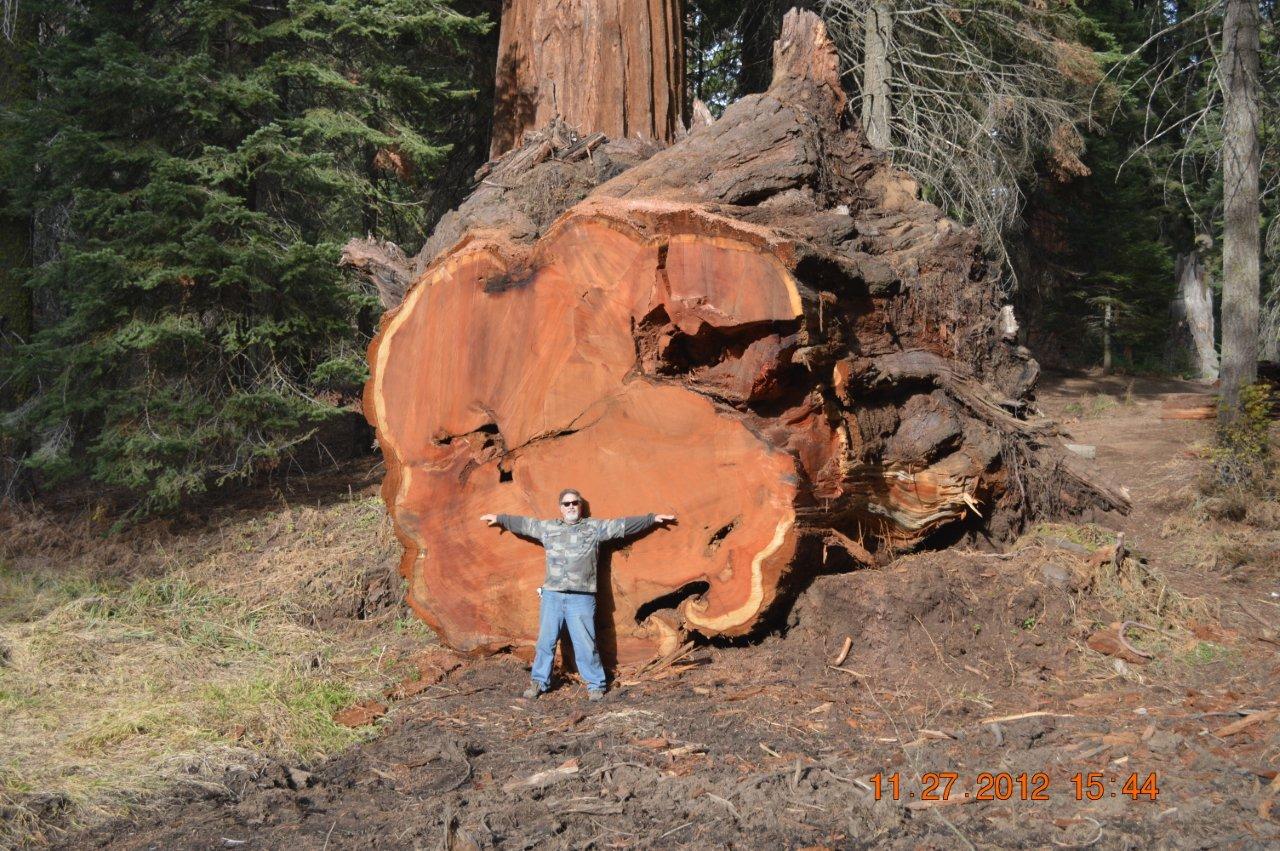 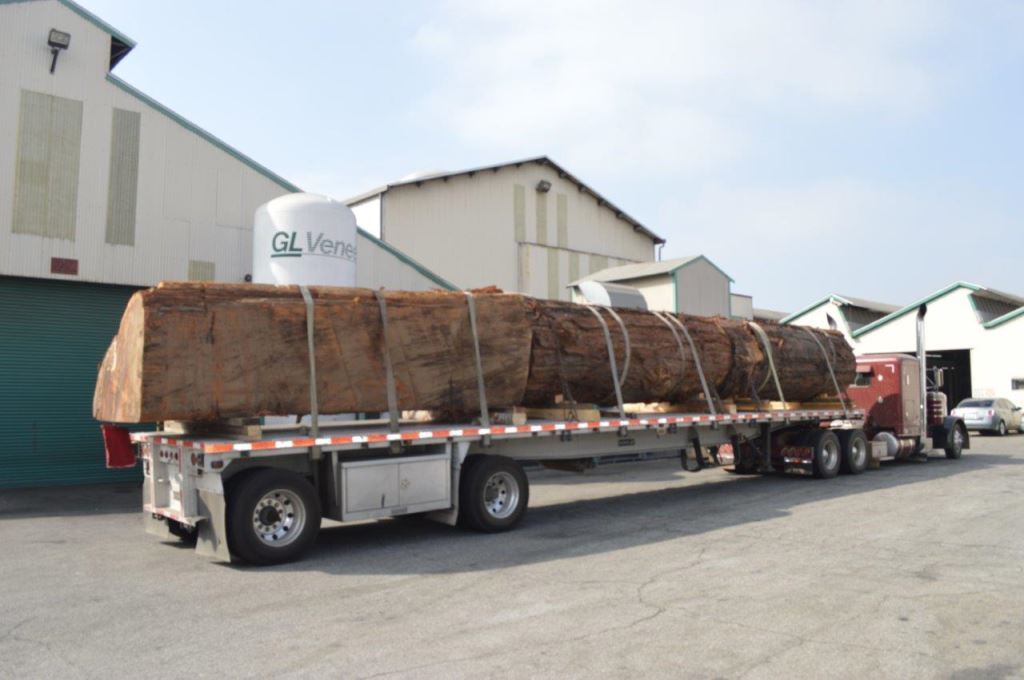 From Kings Canyon National Park to a San Francisco biotechnology company, a giant sequoia tree made the journey from forest to workspace, and Studio Other was fortunate enough to play a part in its repurposing.

In early 2012, a colossal sequoia succumbed to battering storm winds and blew down in the Kings Canyon National Park. This particular tree was over 125 feet tall and over 15 feet in diameter. The estimated age of the tree was over 1500 years old.

Since 1890, giant sequoias have been protected across several national parks as they are the largest and oldest trees to inhabit the earth, growing up to 300 feet tall and 30 feet wide and living up to 3000 years. Therefore, standard protocol when one of these trees falls is to leave it to naturally decay and return to the environment with little or no human intervention. However, this particular sequoia fell in a campground, so the US Forest Service deemed the tree-fall a hazard and allowed for it to be removed for the safety of their park visitors. GL Veneer was granted the once-in-a-lifetime opportunity to responsibly recover this fallen sequoia and establish a worth legacy, taking every necessary precaution to leave the smallest footprint possible.

When Studio Other’s confidential biotechnology company became interested in incorporating a live edge tabletop into their tech desk design (think corporate Genius Bar), it was clear that a sequoia slab would be the obvious choice, given that the name of the company derived from a scientist who was also the namesake of the highest peak in Yosemite National Park, home to the giant sequoia. Nicole Zywiec, Studio Other Industrial Designer, and Charlotte Wiederholt, Studio Other President, hand-picked the slab from GL Veneer that would merge easiest with the existing tech desk design.

The slab then was passed off to Valentine Industries, longstanding Studio Other partner of over 17 years. Valentine took the 4-inch slab and took numerous passes to remove any bowing, eventually ending at 2.5-inches thick. Using several templates and measurement rounds, it was ready to go for its final CNC cut. Then began the process of treating and shaping the slab to function as a tabletop. It began as a somewhat dry and brittle piece, so Valentine Industries took an axe to the edge to clean it up, chiseling it, wire brushing it, then sealing it to fill in any voids.

There was no room for error. If we made even one mistake, there was no duplicating a 1500-year-old slab," says Tony Lenzini, Valentine Industries President.

While there was an easy way to go about processing the slab for corporate use, Studio Other and Valentine aligned in the careful and particular nature of live edge, treating it like art and caring deeply about the treatment and placement. Zywiec was in Valentine’s facilities often, having a voice in how much sap was retained and ensuring the movement of the natural grain flowed with the form.

Working with Valentine was amazing. If we didn’t have such a longstanding relationship with them, I’m not sure we would have trusted them to take an axe to it," adds Zywiec.

The sequoia tree slab now exists closely to its natural form as a 10-foot-long tech desk in Studio Other’s client’s office in San Francisco, serving as a central hub between the work café and workspace. Because the history of the live edge aligns closely with the company’s history, the tech desk tells a valuable story and brings a tangible element to their culture.

Studio Other has worked with live edge tables about 10 times for past projects, but this is the first time they’ve been lucky enough to work with a sequoia. While it’s a rare occurrence to actually implement this beautiful element for clients, it is always a creative joy to partake in live edge design.

It’s authentic, taking something right from nature and keeping it in close resemblance to its true from. It lets the nature be the beauty," says Wiederholt.

At Studio Other we place great emphasis on intentional manufacturing and distribution practices that minimize pollution and leave a smaller carbon footprint. For those reasons, we work with local Los Angeles vendors whenever possible. When sourcing items for our holiday gift this year, a custom herb box, our team became familiar with LA Laser Cutting Services located in East Los Angeles.
Workplace

Studio Other (formerly Tangram Studio), a creator of custom solutions for commercial interior environments and workspaces, has announced Cassie Stepanek has been promoted to Design & Client Experience Director. In this new role, Stepanek will focus on national growth while developing this new department for Studio Other.
Inspiration

Betty is a Sr. Industrial Engineer within the Studio Other Team. His passion to create is what initially led him to Studio Other, and what continues to drive his hobbies outside of the office. Currently, you’ll find him busy making hand-strung art and custom cutting boards using recycled leftover materials from Studio Other projects. Beyond art-related interests, Betty loves camping, anything involving nature and costume contests.
Design

Stephanie is the Operations Manager within the Studio Other team. Her favorite aspects of her job are collaborating with amazing people and seeing initial design inspiration turned into reality. On the weekends, you’ll find Stephanie spending time with her family and occasionally adding to her tattoo collection.
HomeAboutProjectsNewsContact
527 W 7th Street, Suite 1204
Los Angeles, CA 90014
info@studioother.com
+1 562 365 5000
Get in Touch