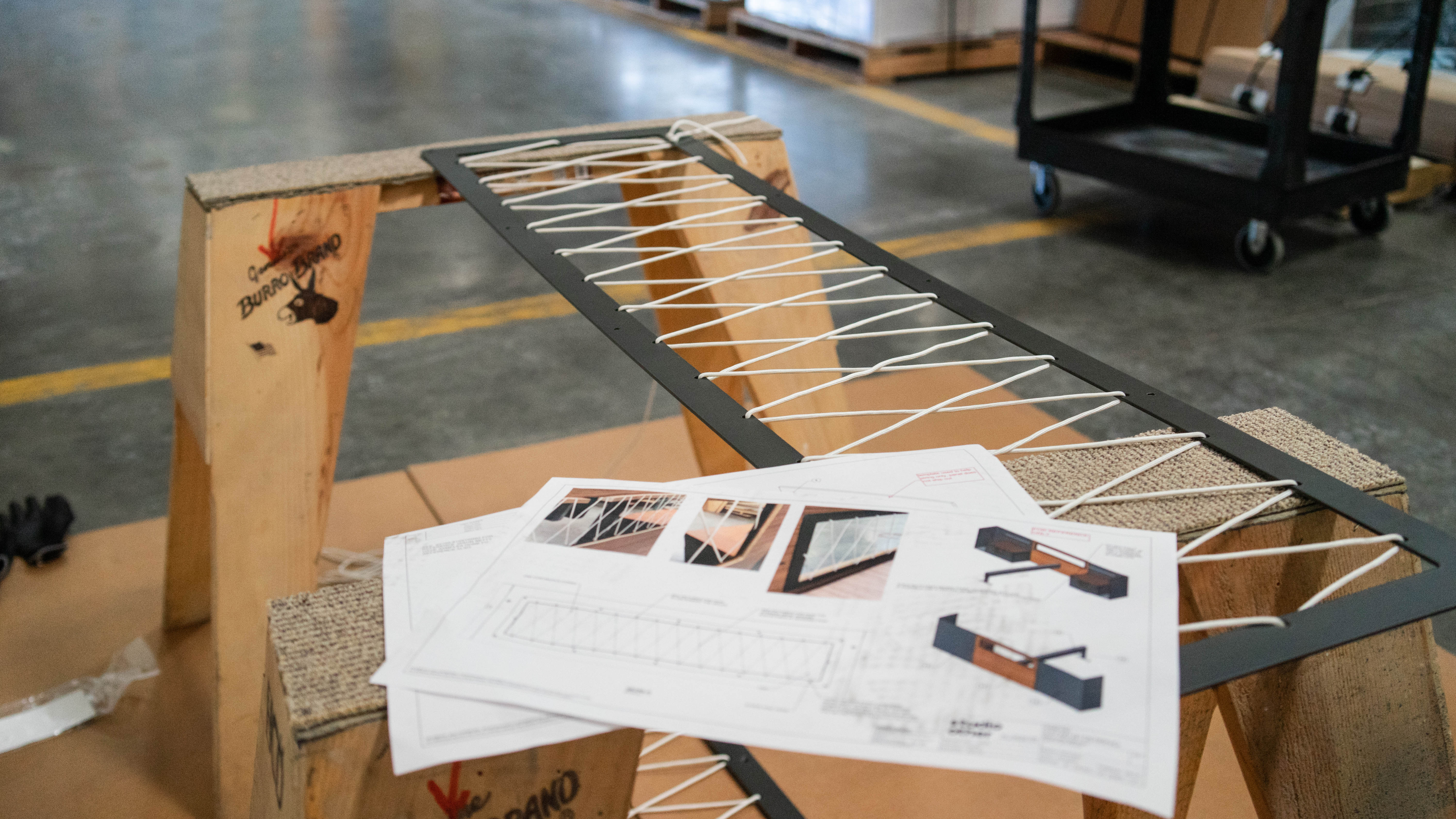 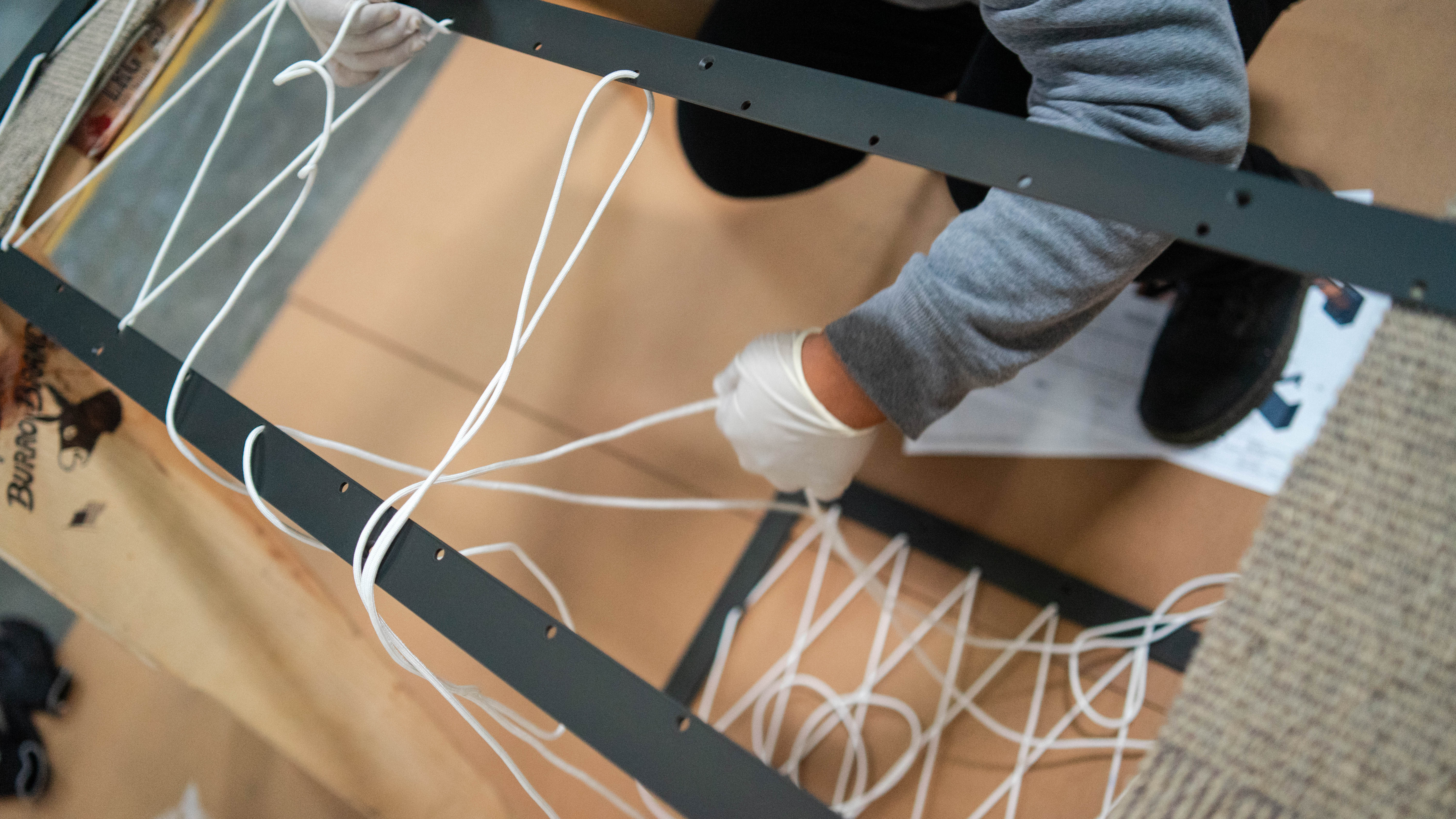 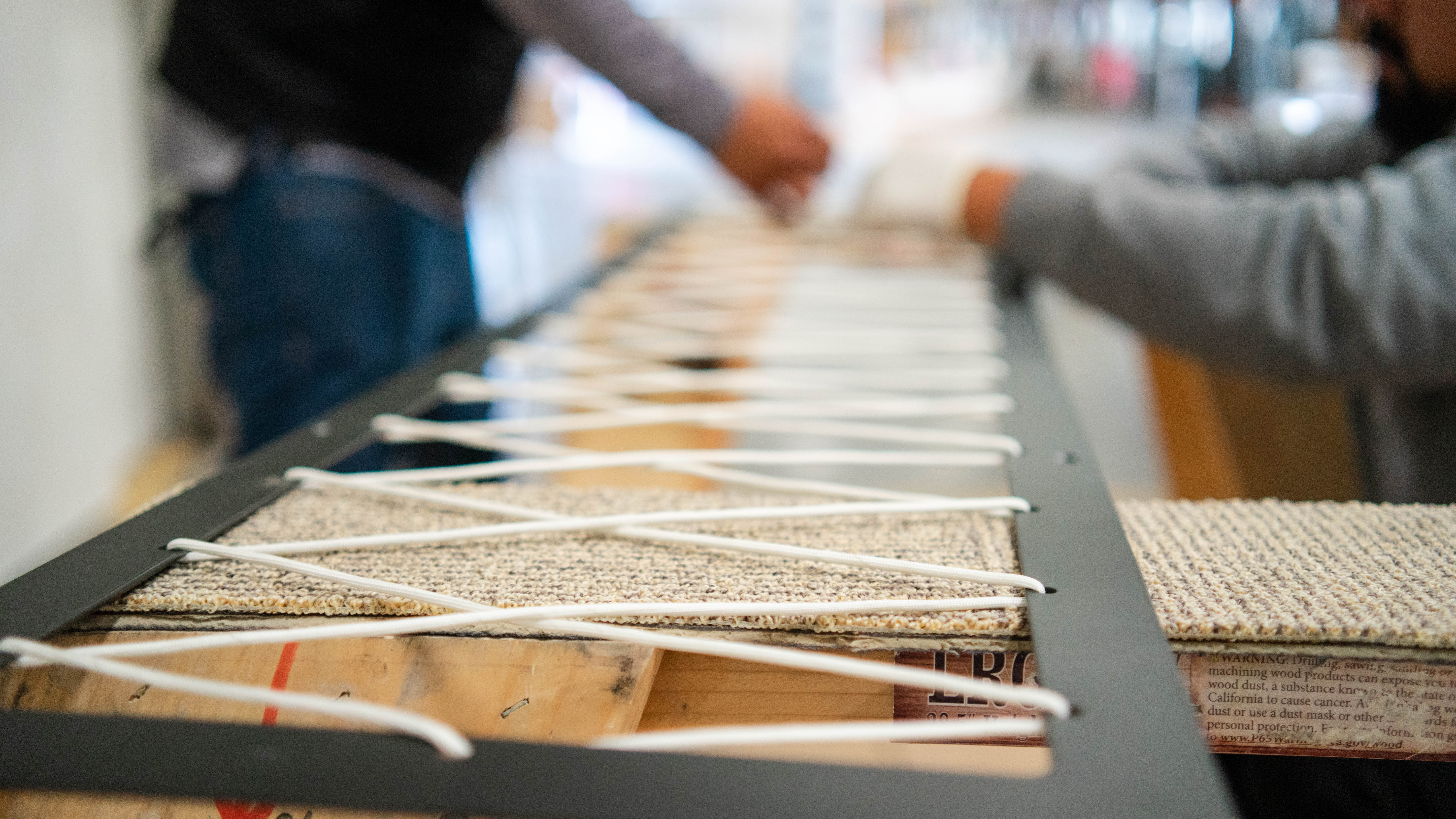 Article from Other Magazine: Issue 2

Two years ago, Studio Other’s journey with an iconic NBA team began. With a team as highly-regarded, unmistakable and loved as this one, Studio Other, their partner, architecture and design firm Gensler, and the client, agreed that the end solution needed to strongly express their brand and reflect who they are as an organization. In fact, this brand expression was taken towards its purist and most literal form, with elements of nets and basketballs expected in the final designs.

I grew up in their city so to me, this team is so prominent—people live and die for it. Getting to help them express their brand made this probably one of the coolest projects I’ve ever worked on,” says Charlotte Wiederholt, Studio Other President.

The clients existing space had not been updated for 20 years, and still included high beige panel systems, massively dating its surroundings. The first floor is specifically designed for the public and serves as a space to bring clients and fans to, bridging the gap between the team’s back-of-house and public-facing members. Again, the singular goal for the new renovation of this space was to capture the branding so clearly that it would be undeniable where you were. In fact, a guiding true-north question immerged during the design development process: Are you in the game?

There were several basketball elements that were non-negotiables during the design phase: parquet wood, net, basketball, and an understated play on the team’s notable green.  The challenge was how to to express these details in a refined, sophisticated and understated way.  As Studio Other began developing designs with Gensler, they asked themselves time after time, “Do you feel like you’re in the game and do the design details express that?”

Studio Other began the process by ordering 20 different basketball net styles and put them to the test in their durability and knot designs. After landing on the style that would function the best, the team hand-knitted each panel frame, which became an incredibly distinctive design element in every workstation. Additionally, each workstation came outfitted with a storage cabinet, and featured a wood portion wrapped in leather that closely imitated a basketball. The team chose a gray metal that gave a grungy locker room feel and mixed in walnut veneer panels to bring some sophistication to the piece with a rope detail window to represent the net.

Interestingly enough, many of the employees had been basketball players at some point, so the team had to account for a generally tall and athletic user when considering storage. Therefore, the team developed a work wall with a seven-foot-tall tower cabinet as part of each private office setup that would allow for the concealment of items like gym bags and winter coats.

During the mockup process, the team spent an entire day with the NBA organization, getting to know who they are, how they think and what’s most valuable to them. The CTO was especially interested in how things are built and was therefore an engaged collaborator from the start. Together, they dug into functionality and mechanics, the process of welding, how something can be fabricated to be strong, durable and stand the test of time.

Within the first 10 minutes of meeting, we were under the desk, wiring and rewiring it. It instantly turned from a presentation to live collaboration,” says Wiederholt.

Overall, Studio Other was struck by the authenticity and excitement that radiated from every team member, including the dealer who had worked with the NBA team for 15 years, and Gensler’s Millescent Lizares and Marcus Hamblin.

When we were initially introduced to the team, it really had a family feel to it—it felt like everyone was fully in it,” says Wiederholt. “And when a client is kind, appreciative, engaged and humble, that’s the best kind of client to work with.

Everything we create is unique. We’re not building repeatable solutions. And we’re not afraid to try something new. We are ego-free and have no agenda. Everything is tailored to the specific needs and aesthetics of any given client. Customization is the name of the game. We let our clients lead. We’re here to take cues and make your vision happen. Our goal is to bring your brand to life in your space. We prioritize our working relationships with our clients. We’re not just building solutions, we’re selling the experience of working with us. We have a “can do” attitude. We’re flexible and adaptive and will do whatever it takes to make it happen. Saying yes is the hallmark of our brand. We partner with and support the A&D community. We’re here to compliment and execute your vision.
Workplace

At Studio Other we place great emphasis on intentional manufacturing and distribution practices that minimize pollution and leave a smaller carbon footprint. For those reasons, we work with local Los Angeles vendors whenever possible. When sourcing items for our holiday gift this year, a custom herb box, our team became familiar with LA Laser Cutting Services located in East Los Angeles.
Workplace

Studio Other (formerly Tangram Studio), a creator of custom solutions for commercial interior environments and workspaces, has announced Cassie Stepanek has been promoted to Design & Client Experience Director. In this new role, Stepanek will focus on national growth while developing this new department for Studio Other.
Inspiration

Betty is a Sr. Industrial Engineer within the Studio Other Team. His passion to create is what initially led him to Studio Other, and what continues to drive his hobbies outside of the office. Currently, you’ll find him busy making hand-strung art and custom cutting boards using recycled leftover materials from Studio Other projects. Beyond art-related interests, Betty loves camping, anything involving nature and costume contests.
HomeAboutProjectsNewsContact
527 W 7th Street, Suite 1204
Los Angeles, CA 90014
info@studioother.com
+1 562 365 5000
Get in Touch